Please ensure Javascript is enabled for purposes of website accessibility
Additional menu
Filed Under: How to Make Extra Money

INSIDE: Make extra money by becoming an online notary, $25 per signature!

From Ancient Egypt to the Knights Templar and from 13th Century England to America today, notaries have been valued and played an important role in the legal systems.

A notary public is appointed (usually) by the Secretary of State to serve as an impartial witness to the signing of legal documents or other fraud-deterrent acts.

The process of having something notarized usually involves the signer bringing a document to a notary, proving his or her identity, and then signing that document (although a mobile notary will come to the person needing notary services). The notary’s job is to certify that the signature is authentic by verifying identity, witnessing the signature, and then placing his or her notary seal (usually by stamping or embossing it) on the document.

What Is an Online Notary?

The benefits of an electronically notarized document are greater in terms of security because the notarization process makes it much more difficult to tamper with the electronic document than it would be with a paper document. The process is generally the same as it has always been, though, with the requirement that the person signing the document appear before the notary in person. The difference is that the “documents” are electronically delivered, signed, and notarized via computer or tablet.

Being commissioned as a notary public is something any typical citizen can do, and it’s one of the part-time jobs online and in small-town businesses that are available. The laws and codes regarding notaries are state-led, so while there are some similarities in the certification and practices among notaries from state to state, every state is different. If you’re interested in becoming a notary public, the best place to start your search for information is the Secretary of State website in your state.

Income as an E-Notary

Being a standard notary public usually isn’t a huge money-maker unless you put some effort into marketing yourself. There’s a limit to how much you can charge per signature that you notarize (usually, this fee is between $5 and $15). On top of that, your commission has to be renewed every few years in most states, and there are typically about $200 to $300 in associated costs (for the coursework, application with the Secretary of State, and the materials you’ll use – a log book and a seal).

That said, many people need a notary, at a loan signing, for example. Other documents that often require notarized signatures include wills, trusts, advanced directives, and powers of attorney. A notary signing agent works with mortgage and title companies, financial institutions, attornies, insurance agents, churches, etc.

There’s nothing preventing you from marketing yourself and becoming the go-to notary in your area. And while there are many instances where you’re notarizing just one signature, there are also situations when you’re doing multiple signatures at a time. These “bulk notarizations” are your opportunity to make some decent money quickly.

For example, I know one notary who is the go-to person for her church. Whenever there’s a trip coming up with a need for documents to be notarized, she goes to one of the meetings and notarizes on the spot. At $5 a signature, it’s a nice chunk of change for a little bit of her time. Think about your local youth groups, college organizations, and high schools that could benefit from an on-site notary to sign all those permission slips.

Now, however, with the remote online notary process gaining traction, there’s an opportunity to make a bit more money. If you’re already a notary, it’s especially worth looking into picking up the extra commission. And if you’re going to become an electronic notary,, you’ll also be commissioned as a “regular” notary, so you might as well put both commissions to work.

Most states allow you to charge up to $25 per signature per notarial act electronically (and some states allow for even higher fees). If you’re able to establish yourself as the go-to electronic notary in your area, you can easily make up your fees within your first year.

How to Become an Electronic Notary

Not all states allow for electronic notarization, and most states that do allow it still require you to be physically present when you notarize a document. You’ll need to check with the Secretary of State’s office where you live to find out the exact guidelines for your state. But generally speaking, the process is this:

See detailed steps on how to set up a notary business

Most states will require you to be sworn in as a notary before you can begin the e-notary process. But of course, you’ll want to check to see how it works in your state.

Once you’re sworn in as an e-notary, and you’ve got your electronic seal, you’ll be able to start performing electronic notarizations!

If you’re an e-notary in one of approximately 30 states that allow online notarization, you’ve got additional options. These states allow their notaries to notarize documents that are valid worldwide, and they’ve also established a provision to “appear remotely” – meaning, someone can appear by webcam before a Virginia e-notary, for example. As a result, services such as Notarize and SIGNiX have sprung up. Such an online notary service is available to anyone in the U.S. to have documents electronically notarized.

If you’re an e-notary in Florida, Nevada, Texas, or Virginia, you can apply to work with Notarize here to do remote online notarization. The cost to notarize one document is $25, and the company handles all the technology and marketing. NotaryCam also hires independent e-notaries.

Verifying the identity of someone seeking remote notarization usually involves automated credential analysis and knowledge-based authentication (where the person is asked questions only he or she should know the answers to), as well as showing a valid ID, as required for traditional notarization.

Other Ways to Make Extra Money From Home 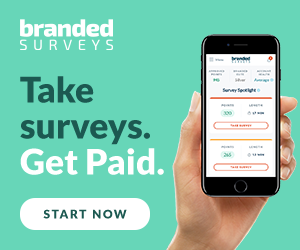